This has been consolidated from the various posts in the blogs on this topic which covered the sessions by Prof. They may not be important from the exam point of view. They have been included either to understand the context or just for information.

Since it throws light on the matter if Dhvani or suggestion, it is named as Dhvanyaaloka. Dhvani was a new concept from the perspective of the earlier Alamkaarikas.

So it was not readily accepted. To understand why Dhvanyaaloka was written, we need to know about Alamkara Sashtra. There are different shashtras like Tarka, Vyakarana, Meemaamsa, etc. Dhvanyaaloka comes under Sahitya Shashtra or Alamkaara Shashtra. Only when Veda approves, it can be accepted. 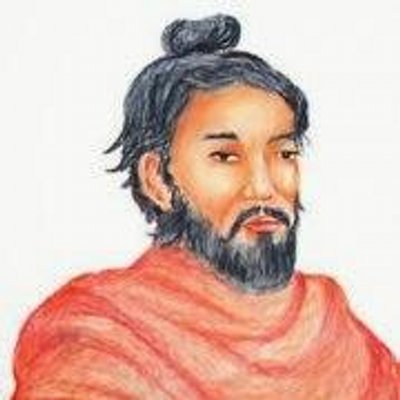 Bhaamaah proved that Kavya is accepted by the Vedas. The first of such poets to think about the nature of poems was Bharata. He lived before BC. There have been many Aalankarikaas or Literary critics after him.

The Shahitya Shashtra has evolved over the centuries. Alamkaara is a concept Parikalpana in Sanskrit. In Kavya Shastra, the term Alamkaara means that which beautifies the poem.

Alankaara Shashtram is Literary Criticism. One who knows fully about Alamkaara is an Aalankaarika. Literary critics are those who write about Alamkaaras. These critics attempted to definethe soul of poetry. Dhvanyaaloka is a Lakshana Grantha that describes certain concepts related to poetry.

Kavya is word and its meaning or meaningful words. When we talk about Kaavya Shareera, it has its limbs. There will be a main aspect. We can present or express our feelings through the alamkaaras like Upamaa, Rupaka, etc. These organs assist or supplement the composition of the work.

Alamkara enhance the beauty. Guna causes them and are essential. Only prathibha is the cause of kavya more than nipunata and abhyaasa. Dhvani follower but splits shabda chitra and artha chitra into two separate levels. Rasa — indescribable emotion. To understand the difference between ordinary statements and poetry, consider these two sentences. The first one simply states that a tree is present in front. The other one describes it interestingly by saying that it seems oc be a tree devoid of any life or aesthetic sentiment. Along with that shabda alamkara, it also has arthaalamkara by upama or Simile to describe the dry tree.

It brings out the various rasas or aesthetic pleasures to different people. The term Niirasa conveys different feelings to different people like a traveler or a young couple. It is the body of the poem according to Bharata. The body is beautified with alamkaaras. So each one came up with dhvanyalok own idea].

A superior poem is one that. Shakti has many synonyms. So this term is Koshaartha. In anandavarxhana cases, we indicate a meaning which is different from the primary meaning. For example, when we say that a person is Mercury, it indicates certain quality of Mercury like being very brisk and active.

In this case, the primary meaning is not taken. A person is anandavatdhana milk and milk products. Why do we need Lakshanaa vyaapaara? So we go to the indicatory or suppressed meaning.

Gangaayaam gosha — Here the expressed meaning is not acceptable, so the indicatory meaning is taken. To enhance the beauty of the poem, such indicatory meanings are used. For Dhvani, there are no conditions like it should obstruct or have a relationship with the original meaning. The characteristics of Dhvani are described later. To arrive at the suggested meaning, the characters and the context are important. Here it is the suggested meaning.

Full text of “Dhvanyaloka Of Anandavardhana”

This is an example of Vastu Dhvani. The supreme amongst these is the Rasa Dhvani. Once Anandavardhana put forth his theory that Dhvani is the soul of poetry, there arose prima facie arguments against it, among his critics referred to as Dhvani Virodha vaadis. Abhaavavaadis are those who claim that is no such thing as Dhvani.

But he claims that the soul is the Dhvani. Aanandavardhana is credited with creating the Dhvani theory. Between the 8th century and 11th century, many great thoughts, be it in Nyaya, or Alamkaara or Naatya, originated from Kashmir.

Anandavardhana is also from Kashmir. Anandavardhana lived in the second half of 9th century from to AD. A king named King Avantivarma is mentioned in this Raajatarangini to have been ruling in the later half of 9 th century.

Anandavardhana was an expert in Sanskrit and Prakruti languages. While citing examples in Dhavanyaaloka, he would quote og his own works. Vishama Bhaana Leela has been written in Prakruta. Aanandavardhana Devishatakam, shlokas on Devi was written by him as ordained by Devi who came in his dreams. This work comprises of beautiful shabdaalamkaara with the word Saraswati. Abhinava Gupta has written the commentary for this work by name Lochana. Dhvanyaaloka is the light of Dhvani.

Since the light will be useful only when there are eyes, he has named his commentary appropriately as Lochana or eyes.

The words of common people just convey one meaning. But the words of great poets continue to resonate in our hearts and dhvajyaloka numerous meanings as one reflects on it. He does not say it explicitly.

Yet these meanings appear in the minds of the readers. This is called Dhvani. The true pleasure is experienced when the aanndavardhana realizes something that is not explicitly stated.

For that, the readers need to be eligible — be knowledgeable to understand the hidden message. The readers should develop that sense of understanding the untold meaning.

Prior to Anandavardhana, the focus was only on the superfluous decorations of Kaavya like the Alamkaara. Then the focus changed to Guna.

His period is a milestone. The era before and post Anandavardhana are different. The true enjoyment of Kavya comes due to the Dhvani. Also Anandavardhana was the first one to provide criticism of a literary work as a whole.

Until then, the dhvamyaloka were paying attention to only particular stanzas, word or sentences.